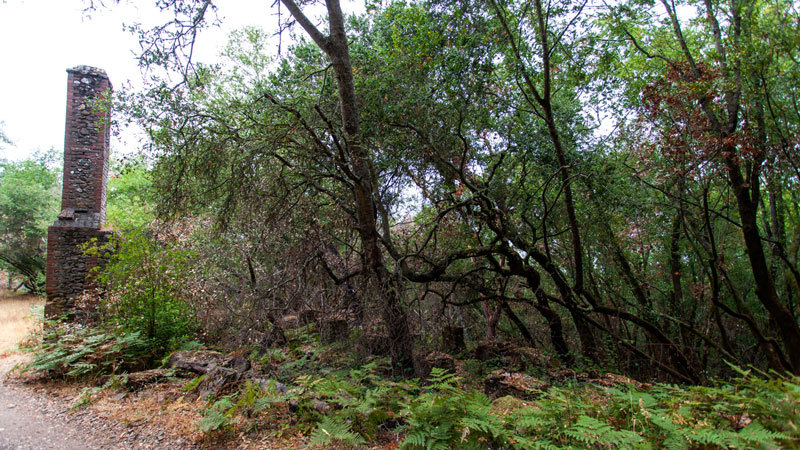 In 1979, the land beside the State Hospital was declared to be surplus and was to be sold to a private party. A group of concerned citizens got together and enlisted the help of various members of the community and government to allow our group to use the land as a park for the Napa Valley. The idea of a park was formed, a constitution was created, incorporation papers drafted, environmental impact studies made, etc. Since there has never been a private sector leasing state land for a park system, the State leased the land to the County of Napa which then subleased it to the Skyline Park Citizens Association. Plans were made for what the Association wanted to accomplish (these plans are revised every 5 years and submitted for approval to the State).

Bond monies were available for initial fence construction, parking areas, building of the Kiosk, sewer system and bathrooms. Later on, more bond money became available for the conversion of an old barn into our present Social Center. The Park opened April 5, 1983.

The Park was open to hikers, bicyclists and horseback riders. Trails throughout the Park were constructed.

Later additions included an RV camp area, a tent camping area, a picnic area complete with a cook shack. Local horseman proposed a riding arena, show office and bleachers, and money was raised to construct these. Now, Skyline holds a series of horse shows each year. 4-H and other youth groups also use the arena for various events.

As time went on, the California Native Plant Society moved into the Park, erected an area where they could cultivate native plants, and in time, constructed the Martha Walker Gardens. This garden in now known all over the State and is a popular place for school groups to visit.  See our article on the Garden for more information.

Hiking in the Park is an all-year activity which changes with the seasons. Wildflowers paint the hills in the spring, fields of golden grasses appear in the summer and fall. Abundant wildlife all year long.

Horseback Riding, there are many beautiful vistas from 16 miles of riding trails. These vistas include Mt. Tamalpais, Mt. St. Helena, Mt. George, North San Francisco Bay and the Napa Valley.

Bicycling on the Park’s 16 miles trail system can be very challenging. An exhilarating ride over creeks and through flowered meadows will bring you back again and again.

The Silverado Archery Club moved onto the grounds and has set up a 42 target NFAA approved field range.

The Park is also available for group picnics, RV clubs and camping events. The Park has hosted Boy and Girl Scout activities of various kinds. School groups can use the Park for nature study and school sponsored outings. Individuals and organizations can rent the picnic areas for parties, weddings, etc.

Skyline has hosted the Civil War reenactments many times in the past, as well as the local and regional SCA groups who recreate medieval life and are open to the public.  There have been several music festivals and even an Earth Day Event held at the Park.

Bicycle clubs have held a number of races through the trail system including the UCI World Bike Cup Race on 3 occasions in the late 1990’s.